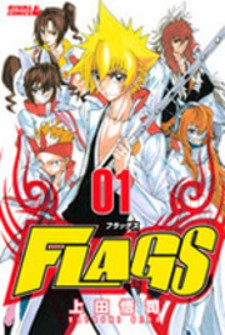 Ouka is the great empire that rules over 1/3 of the world. To prevent conflicts from the other countries, they hold the battle competition once in every 8 years. In this competition, 5 candidates, known as "Patriots", from each countries are to battle against each other and the winners will be granted with fame and honor. This story follows Kurou, the boy who walks the same footsteps as his father to become the strongest patriot, along with his team . . .
Read manga in spanish
Read manga in french
Chapters
Top genres
romance 1591comedy 1438shounen 1097shoujo 1095action 1089school life 943drama 940seinen 784fantasy 781supernatural 752adventure 485slice of life 471sci-fi 341mystery 336historical 250horror 211josei 182psychological 173sports 143tragedy 138