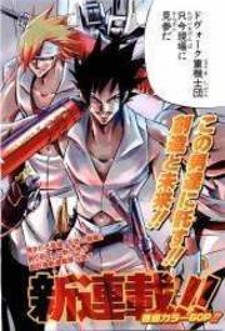 By Windara: It was 3002, and the human civilization had crumbled and rebuilt itself again and again over the thousand years, despite the destruction and challenge brought by the harsh nature. In this era of constant war against nature and havoc, construction teams were the star of economy system, the conquering force as well as a weapon themselves, because heavy robots were used in construction works to speed up efficiency. Jumbor was the leader of a famous construction team of a little country with a cute princess. One day, as their group was about to start a reconstruction work of a tunnel which was destroyed by an earthquake, a much more powerful construction team arrived and claimed the land in no time, killing Jumbor who tried to protect his teammates against the cruel opponents... Jumbor woke up in 3007, finding himself revived in his own clone body (memory transplanted) which has a physical age of 5 years old, and in addition to that, his body was partly mechanized. His robot arms are linked up to and directly controlled by his brain's signals. He was told that the country had gone and the princess and the king disappeared, and he discovered that his mechanized body is very powerful. He was also told he was 'last of the series'.
Read manga in spanish
Chapters
Top genres
romance 1591comedy 1438shounen 1097shoujo 1095action 1089school life 943drama 940seinen 784fantasy 781supernatural 752adventure 485slice of life 471sci-fi 341mystery 336historical 250horror 211josei 182psychological 173sports 143tragedy 138